What is the cost of extreme weather?

2021 has already been marked by a series of extreme and catastrophic weather events, a dynamic that has gained unfortunate momentum in recent decades. The human toll and tragedy have been extraordinary, and economic costs are mounting as well. This has prompted policy makers to focus on more resilient infrastructure and investments to mitigate climate change, which has meaningfully exacerbated extreme weather events.

As shown in the chart below, the frequency of extreme weather has increased, as has the direct cost of damages. In the 1980s, there were 29 weather events that cost at least $1 billion in damages, for a cumulative $178 billion over the decade. This number spiked to 119 events in the 2010s totaling $811 billion over ten years. In 2020 alone, there were 22 events resulting in $95 billion in damages, already establishing a dangerous pace for the decade ahead. The U.N.’s Intergovernmental Panel on Climate Change recently released a report confirming that some degree of climate change is irreversible and that extreme weather will likely increase in severity and frequency as the globe continues to warm.

This reality is prompting policymakers to take action to mitigate climate change and to adapt to the inevitable intensifying climate outcomes ahead. The U.S. Senate approved $550 billion in new physical infrastructure spending, which will head to the House of Representatives next for review. Although the price tag was cut from about $2.5 trillion to $1.2 trillion (including previously earmarked funds), the $47 billion designated for infrastructure resiliency was untouched. The package also includes $8 billion specifically for Western water infrastructure, which is particularly challenged by persistent droughts. The $3.5 trillion budget reconciliation proposal will likely include additional climate measures once more concrete details are released. The infrastructure spending is expected to increase the deficit by an estimated $256 billion over the next decade, but improved infrastructure could withstand some degree of harsh climate and defray some of the cost of damages.

Investing infrastructure is one way to adapt to climate change, but innovations in renewable energy, energy efficiency, sustainable transportation and fuels, agriculture, and waste management are some of the solutions that can also help mitigate climate change and present portfolio opportunities. 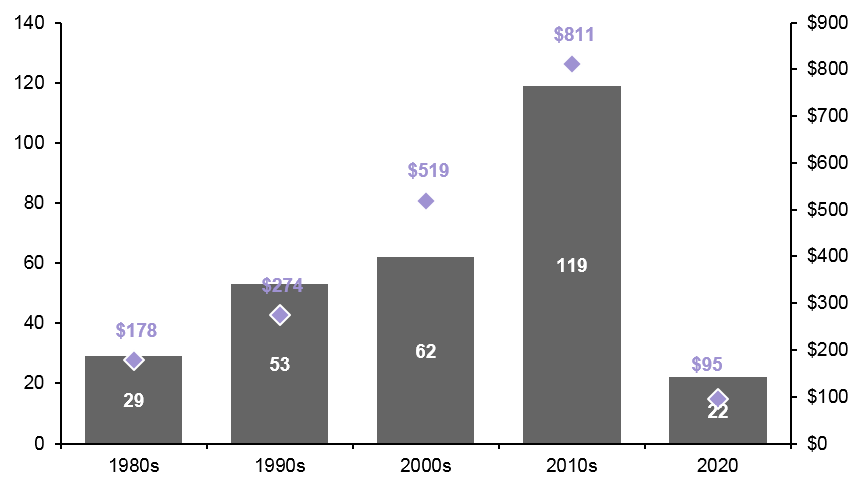