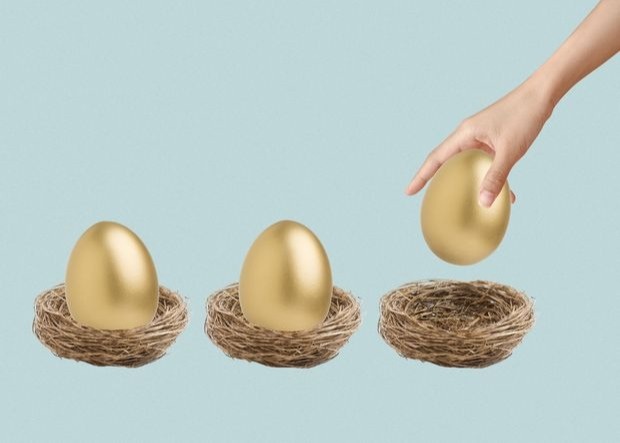 The New Tax Playbook for Draining Your 401(k) in Retirement

Putting money into a 401(k) is simple. Taking money out often requires an exit strategy.

The rules for RMDs changed recently and could change again soon, reshaping the way people plan for retirement and expanding opportunities for some retirees to reduce future income taxes.

Last week, the House of Representatives voted to delay the age at which people must start taking money out of most retirement accounts to 75, from 72. If the bill, which currently has bipartisan support in the Senate, becomes law, it would mark the second time in three years that Congress raised the required distribution age. That move is a boon to those who can afford to sit on nest eggs longer to allow for more tax-deferred growth.

Yet complicating the picture is recent IRS guidance that requires many who inherit retirement accounts to drain them faster—over 10 years instead of a lifetime.

The changes have sparked confusion around the rules for spending down accounts, said Ed Slott, an IRA specialist. But they also expand opportunities to use certain strategies “to reduce complexity and taxes,” he added.

Here is a breakdown of the current and proposed required distribution rules, along with some strategies to consider.

When do required minimum distributions start and how much must be withdrawn?

Under a law Congress passed in 2019, people can now wait until age 72 to start required distributions from traditional IRAs and 401(k)s, 18 months longer than under prior RMD rules.

Withdrawals can be made earlier, but the IRS requires people 72 and older to withdraw a set minimum amount annually, or face a 50% excise tax on the amount they should have taken.

To determine your annual RMD, divide your traditional IRA and 401(k) balances as of Dec. 31, 2021, by your life expectancy as listed in the IRS’s Uniform Lifetime Table. Or use this calculator.

(The IRS recently published new tables that reflect current life expectancies, which slightly reduce the amount most people must withdraw each year.)

People with Roth IRAs are exempt from RMDs. But due to a quirk in the law, those with Roth 401(k)s must take them, although the withdrawals are tax-free.

How would the House bill change the rules for required withdrawals?

The legislation would gradually increase the age at which savers must start taking withdrawals from 401(k)s and traditional IRAs to 73 next year, rising to 74 in 2030 and 75 in 2033.

How does pushing back the age for RMDs change withdrawal strategies?

If the bill becomes law and RMDs are delayed, people who can afford it can let their balances grow before having to pay taxes on that money.

There are potential downsides. When required distributions do kick in, people might have to withdraw more money annually over a shorter time period, triggering higher tax bills, said Mr. Slott.

To better manage future taxes, it may make sense to use the longer period before RMDs start to convert some or all of your traditional retirement accounts to Roth accounts, said Wade Pfau, a professor at the American College of Financial Services in King of Prussia, Pa.

Although you will have to pay income tax on the money you convert to a Roth, advisers often recommend Roth conversions in the early years of retirement before RMDs begin, since many retirees find themselves in temporarily lower tax brackets then.

By moving money into a Roth, your tax-deferred account will be smaller. And when required distributions begin, the withdrawals—and the taxable income they create—will be lower. Tax-free Roth withdrawals can also supplement income in years in which tapping other accounts would push you into a higher tax bracket.

Roth conversions become more costly once savers reach the age for required withdrawals. The RMD must be taken—and the income taxes paid—before any conversions can take place. (The RMD itself cannot be converted.) Taxpayers with RMDs often find themselves in higher tax brackets, leaving less of an incentive to convert, Mr. Slott said.

Roths can benefit heirs too. By moving money into a Roth, you are paying the income tax bill for your beneficiaries, said Mr. Slott.

Are there any other strategies to consider?

Pushing back the age to start RMDs also gives people with traditional IRAs who are charitably inclined more years in which to use a popular tax break to donate to charity and reduce their account balance. As with Roth IRA conversions, this can help lower future RMDs.

This benefit, called a qualified charitable distribution, permits people with traditional IRAs who are 70½ or older to donate up to $100,000 a year directly to charities. If the account owner is 72 or older, the donations can count toward RMDs. Under the new law, the $100,000 limit would rise annually to account for inflation.

While the taxpayer receives no tax deduction for the donation, the withdrawal doesn’t count as income, which can help reduce income taxes and future income-based Medicare premiums. Donors can take the tax break whether they itemize or claim the standard deduction.

What are the rules for RMDs for people who inherit retirement accounts?

Current law generally requires people who inherit any type of retirement account—Roth or traditional—to take the money out and pay any taxes due within a decade.

There are exceptions for surviving spouses, disabled heirs, and the children of account owners who are under age 21. These beneficiaries can continue to use the old rules, which allowed them to spread required withdrawals and tax payments over their own life expectancies. That frequently gives them the option to leave more money inside the account to grow tax-deferred or tax-free for longer. Anyone who inherited Roth or traditional accounts before Jan. 1, 2020 can also use the old rules.

For heirs who fall under the new rules imposing a 10-year deadline on draining inherited accounts, the IRS recently issued two sets of requirements, depending on the age of the original account owner at death.

People who inherit an IRA or 401(k) from someone who died after turning 72—and was therefore subject to RMDs—must take at least the required minimum distributions in years one through nine, before fully draining the account in year 10.

Heirs who inherit from someone who dies before turning 72 aren’t subject to annual required distributions, although they must empty the account by the 10-year deadline.