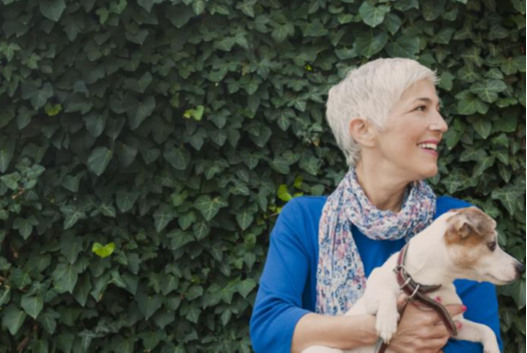 Retirees, This Is What It Takes to Be Your Own Insurer

The costs of long-term care are already exorbitant and will only get worse. Follow this guidance to get in front of the issue.

It's daunting to consider, but if something tragic happens and you need years of long-term care, how would you pay for it? The costs of long-term care are already exorbitant and will only get worse. Last year, the national median annual cost of a home health aide was more than $61,000, a 12.5% increase from 2020, while a private room in a nursing home cost more than $108,000, an uptick of 2.4%, according to insurance company Genworth. By 2031, a home health aide could cost about $83,000 a year, and a private room in a nursing home is expected to be roughly $145,700 annually, Genworth says.

Medicare largely doesn't cover long-term care costs, and Medicaid only kicks in for the poorest of families. As for long-term care insurance, the soaring premiums have become unaffordable for many.

That leaves self-funding to pay for long-term care, an option that can only work if you plan ahead and set aside enough money. How to pay for long-term care is never a pleasant subject, says Christine Benz, director of personal finance for Morningstar and author of 30-Minute Money Solutions: A Step-by-Step Guide to Managing Your Finances (Wiley, $19.95). "But not creating a plan, not looking at the risks, is the biggest mistake people make."

Knowing what to expect in terms of government assistance, help from family and the benefits of a long-term care policy, if you have one, will give you a clearer picture of how much money to allocate for long-term care. "It's helpful to know where you fall on the spectrum," Benz says. "On the one side, there are those with very few assets who need long-term care provided by family members or by the government. Then on the other side there are people who have a lot of assets and more of a margin for error."

People with low income and few assets might be able to qualify for Medicaid, which can help cover the costs of assisted living services and in-home care. Each state sets its own eligibility requirements, though in 2022 an individual generally needs to have income of less than $2,523 a month and no more than $2,000 in assets to qualify for Medicaid. Up to $3,435 a month in income may be allocated to a spouse, who is also permitted to keep $137,400 in assets for 2022 along with a primary residence, car and other nonluxury personal belongings.

If you are a veteran, Aid and Attendance is an underused pension benefit that can help veterans and their spouses pay for long-term care, says Barbara Franklin, owner and founder of Franklin & Associates in Charleston, S.C., which helps clients plan for long-term care. The program has income limits and other requirements and can be difficult to navigate, she says, but it is worth the effort. Her father-in-law, who served in World War II, received $1,800 a month through the program to pay for his care.

If you expect family members to help care for you, have those discussions in advance. Don't assume your children or other relatives will be willing or able to fill this role or that all care can be done for free. You should outline the services family members will provide and their compensation in a personal care agreement, Benz says. "If they have to give up their job to care for you, that has big financial implications," says Wade Pfau, professor of retirement income at the American College of Financial Services in King of Prussia, Pa.

If you're fortunate enough to have long-term care insurance, find out what it covers and if you'll need to supplement that coverage using your savings. Policies can be structured differently to pay for varying amounts of care, Pfau warns. "One policy covers X dollar amount per day or per month but only for so long. For example, it could cover up to $4,000 a month for 36 months and that's the maximum you can get."

Get a Handle on Potential Costs

Because of all the unknown variables, estimating longterm care costs is tricky. "We don't know what anyone's needs are going to be, and the range of what you could need is huge," says Larry Pershing, founder and CEO of Optimum Retirement Planning in Chicago. Less than half of those age 65 and older will not need paid long-term care, while roughly a third will require less than two years of paid care, according to research from the U.S. Department of Health and Human Services. But 14% will need two to four years of care, and roughly 9% will need at least five years.

Pershing recommends that individuals set aside enough savings to pay for at least three years of longterm care. Couples should budget for five years, though the funds should be in a "flexible pool so you can use it for either person," he says. "Maybe one person needs one year of care and the other needs four." Geography plays a big role in the cost. Louisiana had the lowest long-term care costs for one year of care at roughly $90,000, while Arkansas was the most expensive at more than $474,000, according to data from HealthView Services, a company that makes health care cost-projection software.

An online tool from Genworth lets you compare the median costs of different types of care, such as a home health aide, assisted living facility and a private room in a nursing home, by zip code. You can estimate future costs through the year 2071 using different rates of annual inflation. Pfau recommends that seniors factor in about 5% annual inflation. Long-term care costs have risen faster than the consumer price index, he says.

If you are planning to stay in your home, don't assume home-based care will be cheaper than moving to a facility, Benz says. "Remember, if that's your plan, you are paying for home maintenance, food costs, in-home care." Be sure to include estimates for any renovations you may need, such as installing a walk-in shower, to continue living in your home.

Keep the Money in the Right Place

Once you've estimated your long-term care costs, factor them into your retirement savings goal, which may need to be adjusted higher as a result.

Benz recommends keeping funds meant for longterm care expenses in a traditional IRA, even though these withdrawals are taxable. The taxes, though, may be offset by the deduction for medical expenses that you will likely qualify for if you need extensive longterm care, according to Benz, who wrote about the various components of self-funding long-term care for Morningstar. For 2022, you can deduct health care expenses that are more than 7.5% of your adjusted gross income. Plus, required minimum distributions are mandatory later in retirement -- starting at age 72 -- when you are more likely to need long-term care. Because of that, you may be at the point where you are forced to withdraw your traditional IRA funds anyway, Benz wrote.

It makes less sense to earmark funds for long-term care in a Roth IRA. These withdrawals aren't taxable, so you probably won't get the benefit of deducting medical expenses. Plus, Roth accounts are more advantageous to leave to heirs who won't be taxed on the withdrawals.

Some retirees plan on using their home as their nest egg to pay for long-term care, which is risky. For one thing, many homeowners assume their property will always appreciate in value, but the 2008 financial crisis and the prolonged downturn in the housing market that followed proved that this isn't always the case. If housing prices plummet right when you must sell your home to pay for long-term care, you could be in a bind. "You are putting all of your eggs into one basket for funding," says Pershing, adding that anyone whose house has decreased in value should assume zero price appreciation when estimating how much money is needed from savings to self-fund long-term care.

Selling a home can also be an emotionally charged process, especially if you have lived there for decades. Sometimes, retirees change their mind when the time comes to sell the property, or their children may express an interest in keeping the house in the family. "People may have difficulty anticipating their future self," Pershing says.