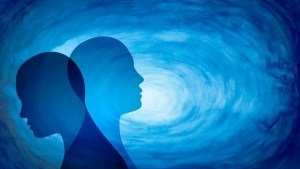 Should you hire a manager or leader as part of your succession planning?

Before you make that decision, you need a pretty good idea of what your exit plan is. Once your objective is set, it’s one of the answers that becomes obvious.

A manager is someone who gets other people to do their jobs. A leader is someone who gets other people to want to do their jobs. The difference is profound. I’ve written previously about the difference between an SIC (Second in Command) and an SIT (Successor in Training.) The SIC is intended to complement your skills. An SIT is being taught to duplicate them.

A Second-in-Command backfills those areas where you are less able, or less inclined, to manage. In Gino Wickman’s parlance, the owner is the visionary and the SIC is the integrator. In my book Hunting in a Farmer’s World, I refer to them as hunters and farmers. The owner decides what is to be done, and the integrator sees to it that the employees execute those tasks.

In an SIC you are looking for someone who draws the most satisfaction from a job well done. He or she usually responds to metrics. Generally, they can keep the business going for an indefinite period of time, but are unlikely to take it in new directions. A most desirable trait is a willingness to do the same job for another owner.

If you plan to eventually sell the business to a third party, retention of your SIC is a critical component of company valuation. We often recommend “stay” bonuses. These are designed to lend confidence to a potential purchaser, by tying a portion of the sale proceeds to an incentive for the SICs continued tenure.

If you plan to sell the company to employees, or even to step back and become a passive owner, your selection and training of an SIT are even more vital. In this case, you want someone who has a vision of his or her own. It can’t directly conflict with yours, of course, but you have to be willing to let the SIC have some influence on why the company runs the way it does, not just how the work gets done.

The SIT is usually motivated by the concept of ownership. This could involve purchasing the company from you, acting as the focal point of a wider employee purchase, or a minority position. In the latter case, the SIT expects to share in the proceeds of a successful sale.

The biggest benefit of having a Successor-in-Training is the flexibility it gives you in planning your exit. All avenues of transition are still open to you. Your SIT can continue to build value after you step back, take the company off your hands, or act as the bridge for new ownership.

Of course, a good SIT will have to get an SIC of his own…