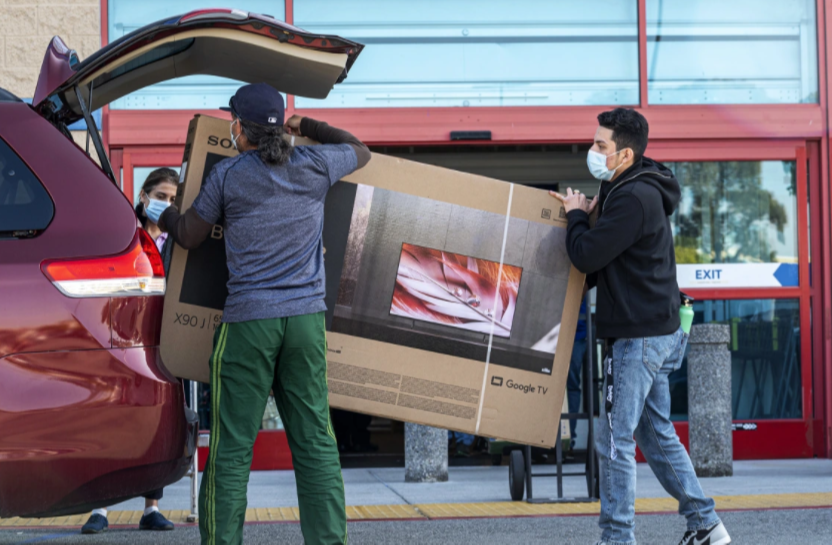 How does inflation affect your spending decisions?

As the inflation rate climbs, people are more likely to stockpile goods and let emotions drive financial decisions, which can drive up prices even more.

Prices have been rising for months on just about everything. Inflation is at the highest level in decades. And because of the way we’re wired, we may be making things worse.

“People tend to have a rational response to gains but an emotional response to loss,” said Michael Finke, a professor of wealth management at The American College of Financial Services, a nonprofit institution in Pennsylvania that trains professionals.

That’s because loss is processed in the limbic, or emotional part of the brain, and gains register in the prefrontal cortex, where cognitive behavior is processed, Finke said.

Gas prices are a perfect example of how this works. Even at record highs, fuel costs still make up a much smaller percentage of incomes, on average, than they have during most of the past.

But because of what’s known as a money illusion, “we tend to view things in terms of dollars and not in terms of spending power,“ Finke said. “If your wages have gone up over the last decade, the total cost of gas represents a smaller part of your salary. But we tend to fixate on the dollar value.”

When gas prices started climbing, Aradhana Kejriwal tried not to pay attention. She even changed gas stations. But when the price of a fill-up hit triple digits practically overnight, she went from thinking about buying a Tesla, to buying a Tesla. “I filled up my gas tank and it was $100.95. The moment I saw that, I thought, ‘that Tesla better arrive soon.’”

Kejriwal, who lives in suburban Atlanta, knows better than to slip into that trap. As the managing partner of Practical Investment Consulting and an expert in behavioral finance, she makes a living counseling clients against doing things like buying a $50,000 car just because gas topped $4 a gallon.

There is evidence that rising costs are beginning to take a serious toll on our collective psyche. Earlier this month, the University of Michigan’s consumer sentiment survey found that Americans’ haven’t felt less confident about the current state of the economy — or where it’s headed — since 2011, only two years after the Great Recession.

Even Kejriwal was not immune to one of the most common responses to economic uncertainty and endless reminders that prices keep rising.  “On a daily basis, when you step out, it’s in your face,” she said. “And it becomes all about the expected inflation instead of the actual inflation.”

That’s when the trouble begins.

“When inflation is bad and people expect it to continue or get worse, they generally tend to not save money and try to buy durable goods before the price rises,” said George Loewenstein, professor of economics and psychology at Carnegie Mellon University.

Lowenstein is referring to products like appliances and equipment that is not frequently replaced. “To the extent that doing that increases demand relative to supply — that can exacerbate inflation.”  With supply chains still in disarray and consumers still flush with cash and spending, Lownestein says, “it can be a self-reinforcing cycle.”

Economists are already seeing that cycle play out in a more widespread way, as consumers stockpile basic goods like toilet paper, baby formula and cat food, often leaving store shelves half-bare. That in turn causes other shoppers to exercise what’s known as availability bias. They start stockpiling out of fear that goods won’t be available when they need them.

Getting consumers to change their spending behavior and think differently about how it contributes to higher prices would require a cultural shift as well as a behavioral one, said Kejriwal. “We are a consumer-driven economy, and that’s one of the reasons we came out of the Covid recession.”

That reliance on consumers to provide economic momentum, though, could be an Achilles’ heel now.