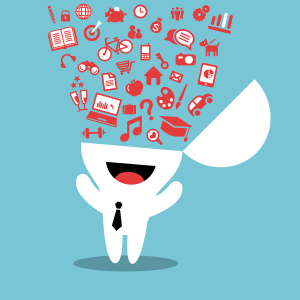 Do you Suffer from Decision Addiction?

Do you suffer from decision addiction?

The typical business owner lives on dopamine.  According to WebMD:

Dopamine is a type of neurotransmitter. Your body makes it, and your nervous system uses it to send messages between nerve cells. That’s why it’s sometimes called a chemical messenger. Dopamine plays a role in how we feel pleasure. It’s a big part of our uniquely human ability to think and plan.

That’s what business owners do; think and plan. Their lives are a chain of thought processes that go “What if I do this? How will it affect the business? Then what would I do next? What would be the effect of that?”

An owner’s brain is trained to generate dopamine. That “What if? What if? What if?” chain is actually pleasurable. It’s the same neurotransmitter that is triggered by nicotine and alcohol, and the craving for that dopamine rush is the driving force of addiction.

That is why so many owners complain that their employees can’t make decisions and can’t think critically. They understand consciously that their businesses would run better if they groomed decision-makers, but unconsciously they are addicted to making decisions.

Every time an employee asks, “What should I do about this, boss?” there is a little rush. It’s like an old cartoon. The good angel is sitting on one shoulder saying “Make them go through the thought process themselves.” The little horned devil is on the other shoulder saying “Go ahead. Tell him just this once. It’s faster, and it feels good.”

Answer given. Another challenge surmounted. Pop! The little rush.

When the Rush Gets in the Way

Advisors are frequently frustrated by a client’s reluctance to implement their advice. They spend time and effort developing a course of action, and more time and effort explaining it to the client. The business owner client listens, agrees, and then does…nothing.

“I’m too busy running the business,” is a frequent excuse. What is really happening is that the owner is too busy feeding his or her dopamine rush. Owners are more likely to take action on their own decisions. Implementing someone else’s idea is antithetical to why they became entrepreneurs in the first place.

It feels good to be needed; to be the one who knows. Unfortunately, the more you run your business based on owner centricity™ the harder it is to sell, and the less it is worth. Like any addiction, it’s a tough habit to break.

This is where I should offer a twelve-step program for breaking yourself of decision addiction. That’s pushing the analogy just a bit too far. I can. however, offer one tip that can get you started on the road to a more valuable company and more peace of mind for you.

Offer an enticing incentive for anyone making a decision for you. It should be instant, and worth a little effort. One possibility is to keep a stock of ten or twenty dollar bills in your desk. Anyone who comes to you with an issue and a proposed answer gets a bill.

The answer had to be sensible and practical. You could require it to be SMART (Specific, Measurable, Attainable, Resourced and Timely,) or you could set your own standards. You will, of course, have to retain the final say over what qualifies. No one should earn a ten spot for deciding whether to make the background on a flyer blue or yellow.

An answer doesn’t have to be the answer, but if it is unworkable, at least you have the opportunity to communicate your thought process, and at least the employee tried. He or she should still get the incentive for an honest effort.

Try it. You may be surprised at how much better it feels than that little bit of decision addiction.