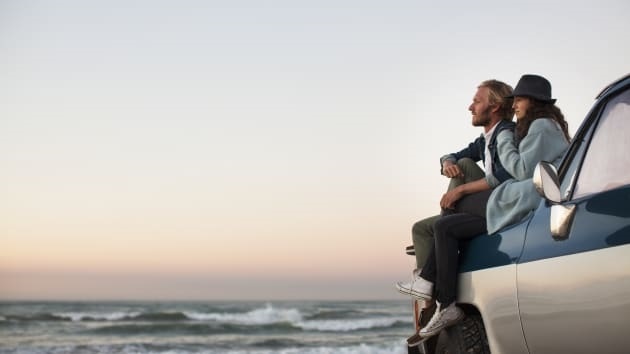 Americans are behind on saving for retirement. Here’s how to get on track

Michelle Fox
September 13, 2021
Share |
The American College of Financial Services
CNBC
According to multiple studies, Americans are lagging behind where they should be in terms of retirement planning at all levels—but there are a few things advisors and clients can do to help secure their financial future. Steve Parrish, Co-Director of The College’s Center for Retirement Income, says guaranteed income products, delaying Social Security, and postponing retirement are just a few potential options.

Most Americans aren’t prepared for retirement.

While most non-retired adults have some type of nest egg, only 36% think their retirement savings are on track, according to the Federal Reserve.

A separate survey from the Insured Retirement Institute found that most workers don’t have sufficient retirement savings and aren’t putting enough aside to catch up.

It’s a problem that existed before the Covid-induced recession. For some, the pandemic exacerbated the issue. One-third of Americans who planned to retire say it will now happen later because of Covid and about 14 million stopped contributing to their retirement accounts every month as of this March, according to a study from Age Wave and Edward Jones.

Yet others had an opportunity to put aside more money thanks to the forced decrease in spending.

In fact, low-wage workers, many of whom don’t even have access to retirement saving plans, have been hurt the most with layoffs, said Anqi Chen, assistant director of savings research at Center for Retirement Research at Boston College. They are also being left behind in the recovery.

“About half of workers at any given time in the last 40 years or so are not participating in a retirement account,” she said.

Yet saving for retirement is one of the most important things you can do. Here’s how to get on track.

Start early and be consistent …

If you are young, the best thing you can do is start saving for retirement early, since your savings will have the benefit of compound interest.

Also, be consistent with your contributions.

If you open a Roth individual retirement account at the age of 18, for example, contribute $100 a month for the next 40 years and assume a 12% annual average rate of return, you would end up with $1 million, according to personal finance expert Suze Orman. If you wait 10 years to start, the end result would be $300,000 by age 58.

If you did not start saving at a young age or had to stop putting money aside during a time of financial stress, don’t be discouraged, said certified financial planner Abbey Henderson, CEO of Concord, Massachusetts-based Abaris Financial Group.

More from Invest in You:
The ultimate retirement planning guide for 2021
Roughly 40% of Americans don’t understand 401(k) fees
Even if you aren’t working, you may be able to open an IRA. Here’s how

“My fear is that people will feel like, ‘I am behind. I will never make it up, so I’m not going to try,’” Henderson said.

So even if it is just $25 a week, do that. Once you are comfortable and can go higher, do so.

Have the right asset allocation

Have the right mix of assets in your portfolio based on your risk tolerance. Stocks, for instance, are riskier than bonds but give a higher return. You may take on more risk when you are younger since your portfolio has time to recover any losses.

It’s important to choose an asset allocation that will allow you to sleep at night so that you aren’t panic selling when the market goes down, Henderson said.

"It is really important to have a vision of what retirement is really going to be like because that is far more motivating."

Steve Parrish, co-director of the The American College for Retirement Income, also suggests considering annuities as part of your overall retirement strategy, since many companies no longer offer pensions. Annuities offer a guaranteed income in retirement.

Don’t get caught up in the final number

Workers in the U.S. believe a median $500,000 is needed to feel financially secure in retirement, a recent survey by the Transamerica Center for Retirement Studies found.

Yet, the final number really depends on your specific situation, such as your income and your living expenses.

“So many things can change between now and retirement,” Henderson said. “You can drive yourself crazy trying to target a certain number in your 20s and 30s.”

Instead of flat-out retiring, consider cutting back your work hours to part-time.

“People are starting to say maybe it is a slow-down process and eventually full retirement,” said Parrish, who pointed out that people are living longer now.

That will also allow you to delay Social Security as long as possible, so that when you do collect, the benefit will be higher.

Just be sure to pay attention to your employer benefits. If you phase out too much, you may lose your health insurance. Medicare doesn’t kick in until age 65.

Don’t fall into the trap of not factoring inflation into your retirement plans, Henderson said.

Have enough diversification in your portfolio, including perhaps some real estate, inflation-adjusted Treasurys or commodities, and stick with your program, she advised.

Also, remember that Social Security is your best hedge on inflation, Parrish pointed out. A recent estimate puts the cost-of-living adjustment for 2022 at 6.1%.

Of course, depending on your age, there is concern about the program itself. The latest projections show that the fund will only be able to pay full benefits as scheduled until 2033.

Envision your life in retirement

Think about what your golden years are going to look like.

“It is really important to have a vision of what retirement is really going to be like because that is far more motivating,” Henderson said. “It is really easy to reduce it to numbers and that is not exciting at all.”