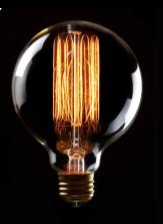 On the latest edition of Market Week in Review, Senior Portfolio Manager Megan Roach and Julie Zhang, head of North America sales enablement and analytics, discussed the latest data on U.S. jobs and wages, recent central bank actions and the state of the global economic recovery.

Recently released data on U.S. job openings and wage growth indicates that 2021 has become a worker’s market, Roach said, with employees enjoying high levels of negotiating power and plenty of jobs to choose from. As evidence, she pointed to the latest Job Openings and Labor Turnover Survey (JOLTS) from the Labor Department, which showed that there were 10.9 million open jobs during the month of July.

“This marked the fifth straight month with record-high job availability in the U.S.,” Roach remarked, noting that most of the open positions were in the healthcare, financial and hospitality industries. On the flip side, job openings in the construction and transportation industries were down from the prior month, she said. Of particular significance in the report was the fact that nearly 4 million employees quit their jobs during July, which indicates widespread confidence among workers in finding new opportunities, Roach stated.

Meanwhile, the latest data from the Atlanta Fed’s wage growth tracker showed that wages increased by 3.9% on a three-month moving average, she said, with even higher gains among hourly workers, service-industry employees and workers who switched jobs.

Roach also noted that initial weekly unemployment claims fell to a pandemic-era low of 310,000 for the week ending Sept. 4. “This shows that companies remain confident in their need to continue hiring,” she remarked. Looking ahead, Roach said that these numbers are likely to move around more in the next few months, particularly in light of the recent end of extended federal unemployment benefits.

“Roughly 70% of jobless Americans lost all unemployment benefits on Sept. 6, while another 20% lost the extra $300-per-week benefit they’d been receiving since the start of the year,” she explained. In addition, Roach said that President Joe Biden’s recent announcement of a COVID-19 vaccine mandate for workers will likely impact roughly 80 million federal and private U.S. employees. “All told, I believe that these changes will lead to a significant sorting-out of the U.S. workforce over the next few months, as potential workers take a look at their options and preferences for rejoining the workforce,” she concluded.

Turning to global central-bank developments, Roach said that the Bank of Canada (BoC), the Reserve Bank of Australia (RBA) and the European Central Bank (ECB) all conducted policy meetings the week of Sept. 6. The BoC held its target rates and quantitative-easing (QE) program steady at current levels, she said, while the RBA scaled back the magnitude of its bond-buying program.

“The reduction in weekly asset purchases by the RBA was a bit of a surprise, but the central bank also extended the duration of this QE program to mid-February, leading many to characterize the move as a dovish concession,” Roach remarked.

The ECB also announced that it will decrease the magnitude of its bond purchases, moving from €80 billion a month to the €60-70 billion range, Roach said, adding that the exact amount will depend on market conditions. “Importantly, ECB officials were very careful to clarify that this slowing in bond purchases is a calibrating, and not a tapering, of its Pandemic Emergency Purchase Program,” she stated. So far, markets have largely taken this message in stride, without too strong of a reaction on either the equity or bond side, Roach added.

Will the economic recovery pick up speed in 2022?

Roach and Zhang wrapped up the segment with a look at the current state of the economic recovery, which has been progressing unevenly across the globe. On the positive side, Roach noted that China recently reported a 25% increase in exports and a 33% increase in imports, both on a year-over-year basis. “Both of these increases were records in terms of dollar amounts,” she stated.

On the more negative side of things, Roach said that the U.S. Federal Reserve’s recently published Beige Book survey showed a deceleration in economic activity over the past few months—albeit from high levels. “The report indicated this was caused by a pullback in dining and travel, supply-chain and labor shortages and further delays in many companies’ return-to-office plans,” she stated, noting that Microsoft recently became among the latest corporations to postpone a full reopening of its U.S. offices.

All told, global equity markets responded to these developments by putting a little more weight on the risk side of the ledger, Roach said, noting that key benchmarks ended the week of Sept. 6 down roughly 1%. However, she stressed that, in her viewpoint, the broader economic recovery is likely to mature into 2022, with both economic and earnings growth remaining above-trend. “Over the next several months, I believe inflationary pressures will also subside, and although more central banks will begin tapering their asset-purchasing programs, I think they’ll probably forego rate increases until late 2023 or early 2024,” Roach concluded.